Shooting From the Press

`Frequently, the work of journalists is not popular. One of our roles is to report publicly available information on timely issues, even when unpopular,” Janet Hasson, president and publisher of The Journal News Media Group, said in an emailed statement.

`We knew publication of the database [as well as the accompanying article providing context] would be controversial, but we felt sharing information about gun permits in our area was important in the aftermath of the Newtown shootings.” 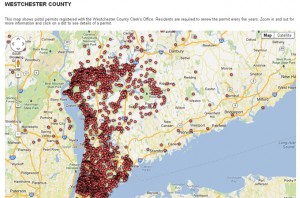 As a former journalist and editor, I was stunned that so many media leaders defended the Journal News’ publication of the names and addresses of gun permit holders in three New York counties. The article about following the tragic mass shootings two weeks earlier in Newtown, Connecticut, which has sparked a national gun debate that I hope will remain alive until key flaws in our gun ownership culture are resolved.

Many media pundits have called the Journal News’ actions  a public service, a simple airing of public information, a timely and relevant effort to raise awareness of neighborhood gun ownership. While I agree that gun ownership is a timely topic, this story misses the point, creates undue alarm in neighborhoods and creates potential risk for otherwise responsible gun owners — and their gun-free neighbors.

Oddly, I am no card-carrying defender of the Second Amendment, and I am a big fan of the First. But here the twain have met, and there’s a problem.

Although gun permit records are indeed public records, does this mean the names  and addresses of these  permit holders should be “pushed out” to the wider community? Could the Journal News have achieved its goal of demonstrating the gun permit popularity in some other manner? I believe so.

The Journal News could have conducted its diligent research and told this story with data and numbers — even a map, a static map — and then informed readers of the procedures for following on their own, at their local police station. Those readers who feel they need this information could then act as they please.

The Journal News only published the names and addresses of people owning handgun permits –and handguns are ubiquitous among retired and active police officers, of whom there are thousands living in the region covered by the newspaper’s inquiry. As luck and irony would have it, New York state law doesn’t require permits for rifles and shotguns. Huh? Now there’s an interesting story, one with fascinating compare-and-contrast opportunities across state lines.

High-powered rifles and shotguns are the guns most often used in the mass shootings that have taken so many lives. How can New York state NOT require registration of permits for these far more powerful, dangerous weapons?

Back to the First Amendment: thankfully, the Freedom of Information Act in the U.S. allows private citizens, the media, and others to access information they believe vital to their welfare, knowledge, health and safety. Private citizens should have easy access to this information, minus any red tape that might hinder information-gathering. But simply because information is “public record” does not mean the media should push out the data in a context that may be inappropriate and alarming — and incomplete. There may be instances in which such proactive publication may be appropriate, but this is not one of them.

I suggest the Journal News deactivate its interactive map, but leave it visible. Allow the public to get a good look at the density and areas of gun permits and give instructions for seeking gun permit information from local police. And include a prominent caveat that rifle and shotgun permits are not required in New York State — until legislators do something about it.

Surely the Journal News’ initiative has inspired other newspapers to consider a similar inquiry. Let’s see how the copy cat papers decide to proceed.